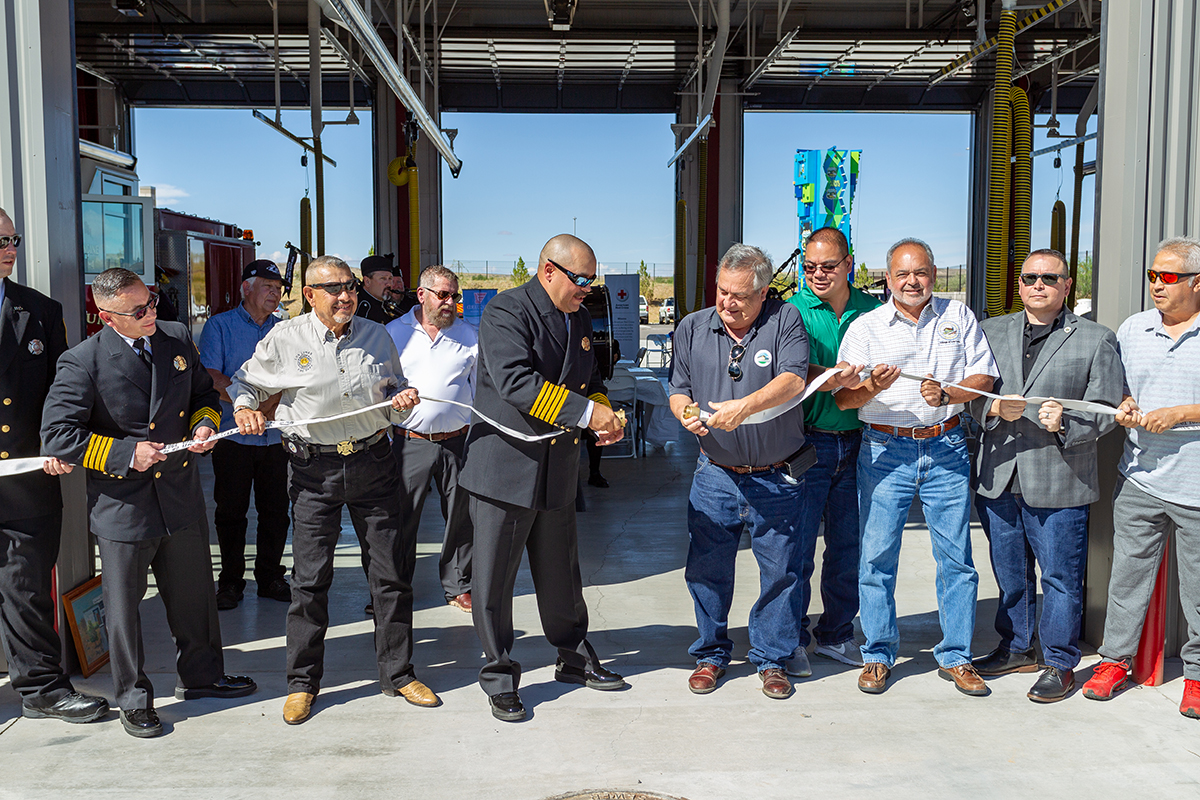 This past Saturday, hundreds of people attended the grand opening of the Village of Los Lunas’s second fire station.

Fire Station #2, located on Sand Sage west of Interstate 25 and north of NM HWY 6, is an almost 17,000 square foot state of the art facility. The building includes living quarters, offices, full kitchen facilities with dining area, and more. There are a number of rooms that will be utilized for various purposes including conferences, training, exercise, decontamination, and laundry.

Those who attended the Saturday grand opening enjoyed hot dogs and hamburgers with all of the fixings. Attendees also had a chance to climb a rock wall, meet firefighters, and talk with representatives of emergency preparedness agencies.

The new fire station is established as a support site for the Valencia Regional Communications 911 Center. If there are ever technical issues with that center, Fire Station #2 will step in to help. With five bays, the new building has enough room to store the new firefighting equipment that will arrive by the end of the year, which includes a new ladder truck.

This will be the first ladder truck in the Village fire department. The ladder truck will be used when a vertical or horizontal reach is needed. Firefighters are required to undergo special training in order to operate the ladder truck.

The building of Fire Station #2 and acquiring of a ladder truck were made possible by Village voters approving a general obligation bond issue in March 2016. Our community appreciates all those who voted in support of this decision. With the opening of Fire Station #2, the Village will be able to send an emergency fire response team from three separate locations.