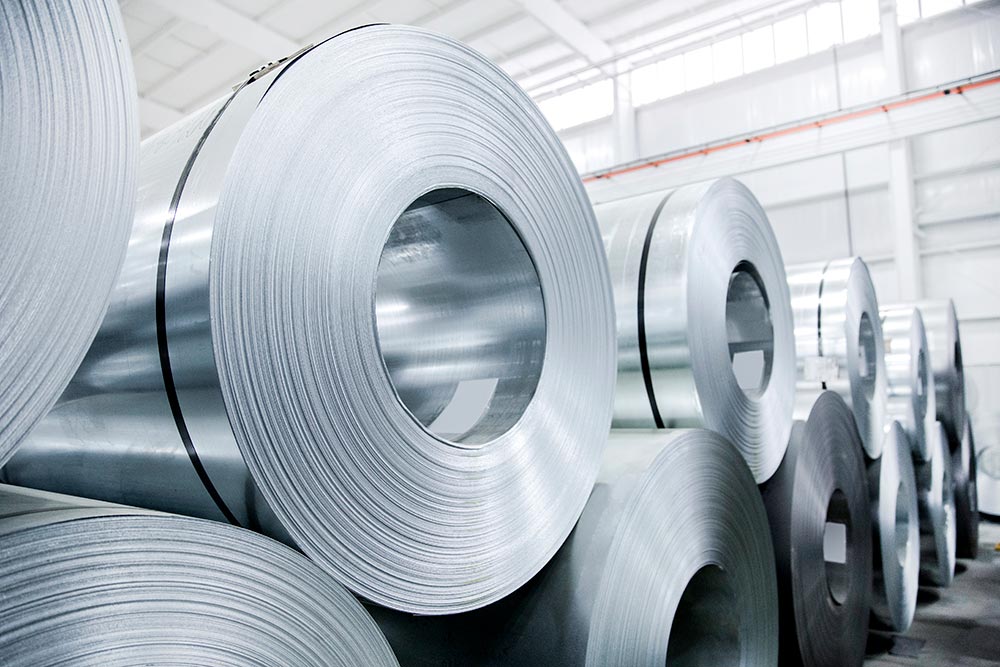 Gov. Michelle Lujan Grisham announced Thursday that a capital investment group has committed to creating over 950 jobs and investing more than $2 billion in the construction of an aluminum can sheet rolling mill and recycling center in Valencia County, New Mexico.

The group has signed a letter of intent to purchase a 1,300-acre parcel in Los Lunas with construction set to start by late 2023 and manufacturing in 2026. The facility would be powered with 100% renewable energy from PNM and have the capacity to manufacture up to 1.3 billion pounds of aluminum annually, with plans to ensure 85% recycled content after the mill is fully operational.

“The partnerships we have built to create and grow a renewable energy economy in New Mexico is appealing to businesses as they look for friendly locations to expand,” Gov. Lujan Grisham said. “Aluminum that is produced with a low-carbon footprint is in demand as customers continue to push for sustainability, and this innovative new project in Valencia County positions New Mexico to benefit from this industry.”

Manna chose New Mexico in part because of its competitive business climate, proximity to a transportation network including rail service, the growth in can-making facilities across the Southwestern United States, and Gov. Lujan Grisham’s commitment to sustainable energy. The governor has specifically targeted sustainable manufacturing for additional state investment in order to diversify New Mexico’s economy and create higher-paying jobs.

The State of New Mexico is pledging $5 million from its Local Economic Development Act (LEDA) job-creation fund to support the project with assistance paid out as the manufacturer reaches economic development benchmarks, to be determined in a Project Participation Agreement.

The jobs will pay an average of $68,000 a year and the project is expected to have an economic impact of $3.4 billion over 10 years.

“This state investment will not only bring new higher-paying jobs for New Mexicans, but it expands our manufacturing footprint with a sustainable, responsible products that will see increasing demand,” Economic Development Cabinet Secretary Alicia J. Keyes said. “The Economic Development Department and our partners worked together for months to bring this project here. We competed against 10 other sites and now these jobs are coming to New Mexico. True collaborative efforts like this one result in great successes for our state.”

The Albuquerque Regional Economic Alliance (AREA) received the initial inquiry from the firm, and subsequently played a critical role in the site selection process and provided key assistance to the investors.

“Since last August, when AREA was contacted by Manna Capital Partners and introduced to its project, AREA’s Director of Business Development Grant Taylor has worked as a central point to collect data, make partner connections, and turn over every stone that helped the company to make its decision to locate in the region,” Danielle Casey, president & CEO of AREA, said. “Manna’s team has demonstrated that it will be a tremendous corporate citizen in the state and an employer of choice in the region. From Gov. Lujan Grisham to Mayor Griego and numerous economic development partners in between, we’re grateful to everyone’s investment and ongoing stewardship to ensure this project’s success.”

The global demand for aluminum cans is expected to see strong growth over the next decade. From wine to hard seltzer and flavored water to energy drinks, canned beverages are growing and preferred by consumers. The facility plans to be one of the greenest, most efficient, and highest quality providers of aluminum can sheet in the United States.

”There is increasing demand for recycled aluminum packaging from beverage makers driven by a push for sustainability. New Mexico has given us the opportunity to respond with what we expect to be the newest state-of-the-art aluminum rolling mill in North America. This project will positively impact people’s lives and is a win-win for everybody,” Junior Bridgeman, managing partner of Manna Capital Partners, said.

The Village of Los Lunas is also assisting the manufacturer with the issuance of Industrial Revenue Bonds and will act as the fiscal agent. The project may also qualify for a percentage of the GRT it spends on construction to be rebated, under a 2021 law signed by Gov. Lujan Grisham that allows for a portion of construction-related gross receipts tax to be rebated back to companies for large, significant, job-creating projects.

“Manna Capital Partners planned investment in the Village of Los Lunas is a tremendous win for our community as we continue to work each day to retain and attract businesses and employees. It sends a strong message that our community is growing, thriving, and an attractive place for companies to locate and succeed,” Los Lunas Mayor Charles Griego said. “This is a great day for the Village of Los Lunas, Valencia County, the Greater

Albuquerque metro, and the state of New Mexico. The jobs and the investment will reverberate for years and generations to come. The Economic Development Department and AREA played a significant role in making the overall process seamless and deserve a special thank you for their continued support.”

The assistance is pending formal review and approvals from the governing bodies of Valencia County and the Village of Los Lunas.

The Public Service Company of New Mexico is working closely with Manna throughout the process to ensure renewable energy goals are realized. The manufacturing process will require in excess of 500,000 megawatts of electricity a year.

“PNM is proud of the work we’ve done to move our electric generation closer and closer to 100% carbon free. Working together with the Governor and her administration, New Mexico’s clean energy transition efforts are being noticed by companies who value environmentally sustainable energy. Our combined efforts are providing economic opportunities and new jobs to New Mexicans,” said PNM CEO and Chairman of the Board Pat Vincent-Collawn.